Gecimp started its activities on June 17, 2009, Wednesday, at 5 pm, in a partnership between teachers Bernardina Freire de Oliveira, recently arrived from the Doctorate and Maria da Vitória Barbosa Lima who felt the need to bring together those interested in studying and research, at first, the archival heritage, making the Center for Documentation and Regional Historical Information (NDIHR) of the Federal University of Paraíba, the meeting place, also associating itself in a partnership with the Afonso Pereira da Silva Archive. Both intended to expand the discussions around the understanding of personal archives as a memorial field in a direct relationship with the information object. 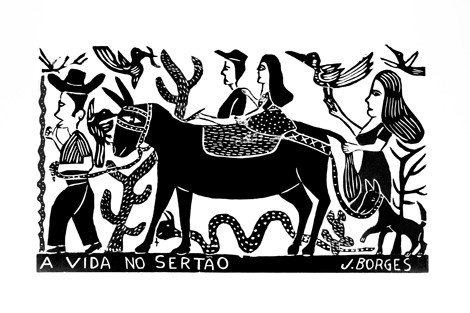 The meeting times were defined considering the need for access by students, teachers and others who worked, making it an inclusive time for people who did not have full time and who wanted to participate in such a group.

The initial studies were aimed at understanding memory from the perspective of historiographic studies and their main authors, in addition to composing a basic bibliography for the group. At the same time and jointly, there is a movement led by some researchers from UNIRIO, UFPB and UFPE, during the 10th National Meeting of Researchers in Information Science and Library Science (ENANCIB held from October 25 to 28, 2009, in the city of João Pessoa, with the theme “The social responsibility of Information Science”, which mobilized and made a document requesting the creation of another WG at the National Association of Researchers in Information Science (ANCIB), entitled “Information and Memory”, which made up the following year.

The movement led by researchers from the aforementioned universities only confirmed the certainty of the path that had been taken by Gecimp, being registered with CNPq in 2011, when it was effectively consolidated institutionally.

The year 2010 started with new indications of readings and the aggregation of new interested in participating in it, demanding a greater organization from the point of view of its internal and external structuring. Ana Claúdia Cruz Córdula, a graduate student in Archivology at the time, joined the Group at the time, professor Marta Penner da Cunha of the Arts Course at the Communication, Tourism and Arts Center at UFPB who indicated some students to study the theme at relationship with art, including: Karlene Roberto Braga de Medeiros, Sandra Valeria Felix de Santana and Thaís Catoira Pereira.

The year culminated with the creation of the “Information and Memory” Working Group and the participation of Gecimp members in the presentation of works, in some way in keeping with the area’s strengthening and interest in the theme of memory and heritage that it has already it was part of the WG “Museum, Heritage and Information” also from ANCIB.

The group then defined its functioning, with biweekly meetings and rules so that new members could compose the group. Among the rules, the alignment between the group’s line of studies and research with the researchers’ research area and consequent orientation of the master’s and doctoral works.

With the increase in the number of its members, the Group’s line of studies and research was defined: Information. Memory, Culture and Heritage.

bring together scholars and researchers

Bring together scholars and researchers in the areas of Culture, Memory and Heritage with a focus on the object of information.

Establish an institutional link with different departments and postgraduate programs, centers and centers at UFPB and beyond, both nationally and internationally

GECIMP maintains its activities with diligence and as the postgraduate, undergraduate and scientific initiation advisors of the group’s researchers have been expanded, the number of participants, as well as their turnover. On the other hand, some have remained since its foundation.

Since its inception, for GECIMP, the understanding of memory and its relationship with information for the area of ​​Information Science considering them as necessary elements for contemporary society, especially in relations with access, preservation, silence and forgetfulness, vital to occult society, especially when we consider Pierre Nora’s famous phrase “Speak so much in memory because it no longer exists” [1].

Memory, as a phenomenon of varied occurrences, has periods of retraction, while other forms gain space. In view of this understanding, it became necessary to problematize this phenomenon from traditions (mnemotechnics, identity discourse), perspectives (cultural, collective, individual memory) and media (texts, images, places), analyzing their functions, means and stores, seeking to understand the different paths that lead to memory or even to its silencing or concealment, with the concern to produce, socialize and share knowledge, focusing on the relationship between information, memory and society in the context of teaching, research and extension, with a view to building and strengthening identities and cultures.

[1] NORA, Pierre. Between History and memory: the problematic of places. Available at https://revistas.pucsp.br/index.php/revph/article/viewFile/12101/8763.

In 2017, GECIMP, under the leadership of its founder, Prof. Bernardina Maria Juvenal Freire de Oliveira and with Prof. Maria Nilza Barbosa Rosa’s vice-leadership, in re-evaluating the Group’s profile, collectively opted for a new reconfiguration due to members, with two lines of research, namely:

Objective of the Study and Research Line: Involves theoretical, conceptual, reflective and methodological issues aimed at protecting memories, cultural heritage (archival with emphasis on private personal and family archives, museums and librarianship) and identity, associated or not with technologies support.

Objective of the Study and Research Line: It involves theoretical, conceptual, reflective and methodological issues aimed at protecting gastronomic memories of the immaterial and identity heritage of Brazilian culture and its influences.

The results of GECIMP’s performance are visible., From the academic productions awarded and others indicated the award by external evaluators.